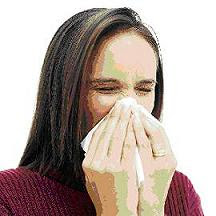 False Cognates
Constipation/Constipado
The term "false cognate" is sometimes used incorrectly for "false friend". False cognates are a pair of words in the same or different languages that are similar in form and meaning but have different roots. That is, they appear to be or are sometimes considered cognates when in fact they are not.

For example, the English term CONSTIPATION stands for a physiological state that is completly different to the meaining of the Spanish term CONSTIPADO.
While the English Word constipation indicates "a condition in which evacuation of the bowels is difficult and does not occur regularly", in Spanish, "constipado" means cold, i.e. "a common infection in which the mucous membrane of the nose and throat becomes inflamed, causing running at the nose and sneezing". As a matter of fact, this is one of the cases that the term "false cognates" gets an important medical meaning, and even an EXISTENTIAL one!

This reminds me the story of that Spanish friend of mine who, on her first overseas trip to the US, got a cold. When she arrived to the legendary city of New York, she went into a drugstore and asked for something that could relief her "constipation". Till this very day, twenty years later, my dear friend still wonders about the low expertise level of the big apple druggists, that, instead of giving her a product that could alleviate her cold, they gave her "some pills" that not only helped her condition, but added a non-wanted DIARREA!
Posted by daphne at 5:20 AM